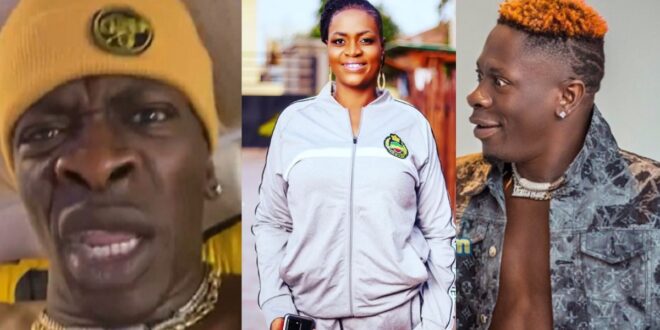 Stonebwoy’s female hyper has leveled severe accusations against Shatta Wale, tagging him as an AIDS and Gonorrhea patient.

Ayisha Modi says Shatta Wale is calling her after having had 3some with her and Shatta Michy.

Ayisha Modi described Shatta Wale as a beggar, mentioning that he had never asked for the price of a car before.

Ayisha Modi referred to Shatta Wale as a pimp and a comedian musician and she is waiting for him to hit back at her.