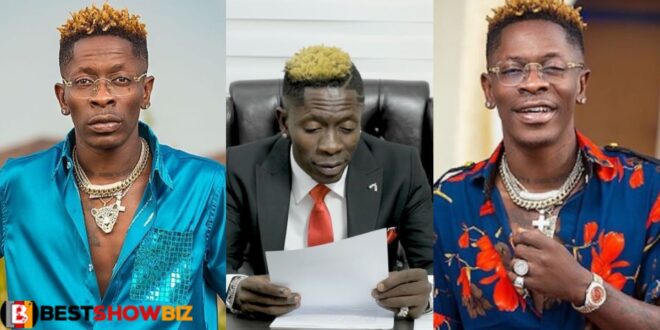 Charles Nii Armah Mensah, better known by his stage as Shatta Wale, has revealed why he took a break from social media.

Shatta Wale had declared a month ago that he would be taking a hiatus from social media without offering a reason.

Despite the singer’s declaration, Ibrah One came to social media to claim that the artist has a kidney condition and is undergoing treatment, therefore the decision to take a sabbatical from social media.

This claim was disproved by Shatta Wale and his management, who even threatened to sue Ibrah for propagating fake information.

Wale has finally returned from his hiatus and revealed the reason for his absence on social media.

Read Also  Video; Medikal and Shatta Wale challenges themselves as the spray money at a part

Shatta Wale disclosed that he took a sabbatical from social media in order to focus on his new album at his State of the Industry talk yesterday.