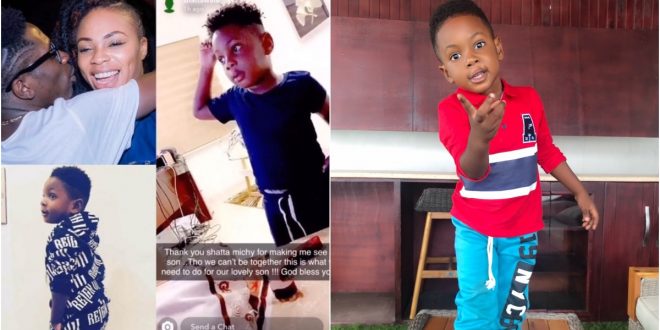 King of Akuapem rap, Pope Skinny has once again lashed out at the self-acclaimed dance hall king Shatta Wale for mentioning his name during an interview as part of people he(Shatta Wale) has helped.

During the interview, Shatta Wale claimed he has the heart for willingly offering help to people which they, in turn, betray him. he added that pope skinny is one of the many.

Pope Skinny, on the other hand, has reacted to Shatta Wale’s claims as he makes many shocking revelations that caught Ghanaians attention. One that caught the attention of many was his claim that Shatta Wale does not even take good care of his son, Majesty, and to talk of him(Pope Skinny).

He said Shatta Wale has never paid his son’s school fees ever since his mother, Michy took him away from the Dancehall musician.

watch the full video below: