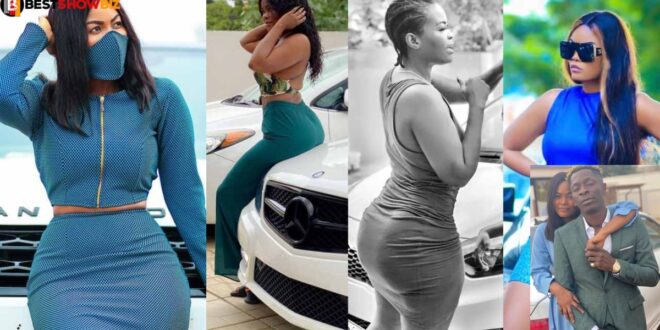 We all thought Mugluv was shatta wale’s family member until recently when she let the cat out of the bag.

Mugluv revealed in a recent interview that shatta wale was her boyfriend and not her cousin as previously speculated.

She has once again revealed when they both started sleeping with each other.

Shatta Wale childhood friend Magluv has been in the news a lot lately.

Her desire to expose Michy and Nam1 led her to reveal an incident involving her, Michy, and Shatta Wale.

After that, her feud with Shatta Wale’s mother made headlines after their Hot FM showdown.

Magluv claimed in an interview with Hot FM that she only started sleeping with Shatta Wale 13 months ago.