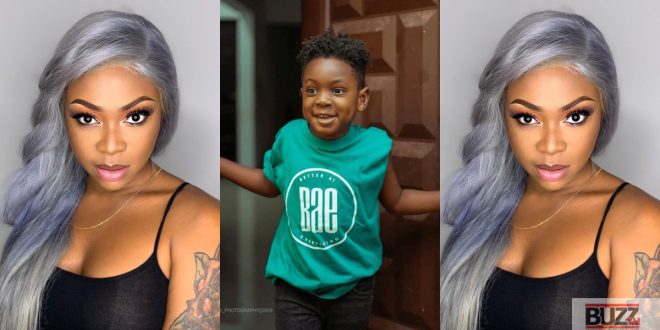 though it has been alleged severally that Majesty is not the son of Shatta Wale, Shatta Michy has not mentioned a word till now.

it all started when Zion Felix posted Majesty’s photo asking his followers to mention his parents.

Ameyaw Debra mentioned Michy and Shatta Wale and this was where Akonkonsafuo came in that Majesty is not Shatta Wale’s son because he does not resemble him.

and this was where Michy came in and descended on him claiming he has low IQ.

” from your level of reasoning, I believe you believe the child was conceived by 2 men cuz kids can’t look like their mums, right?? Mr Gyimieson ooiinn”