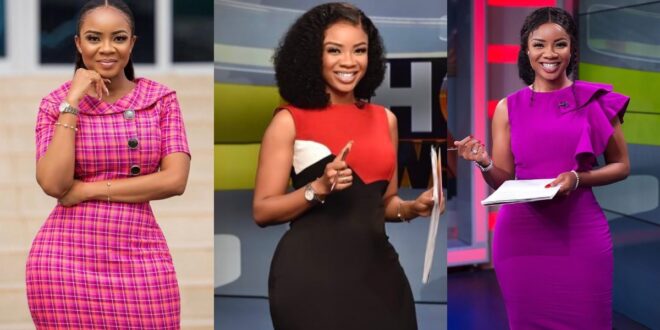 Serwaa Amihere, an award-winning Ghanaian broadcast journalist and news anchor, has been named in a shocking Snapchat exposé.
Serwaa Amihere was reportedly expelled from her senior high school after being involved in a romantic relationship with her house master, according to a series of story updates by an anonymous person known as FatP*ssy now arrograntprickk.

Serwaa, according to the user, has been soliciting money by sex since she was in high school and isn’t new to the game.

Have a look at the image below.