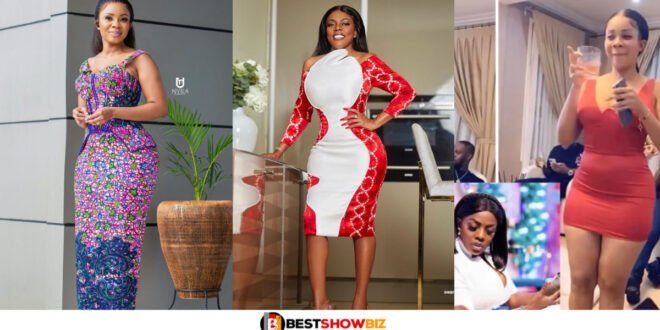 The question of whether or not the doggy position is Serwaa Amihere’s godmother Nana Aba Anamoah’s preferred sex position has been posed by internet users in response to the broadcast journalist’s tweet.

This comes as a result of a post that she made on social media in which she tagged her.

According to what was written in the post, professionals claims the doggy style position eventually end up having a stroke. The video was retweeted by Serwaa on her timeline, and Nana Aba was mentioned in the tweet.

“Ei @thenanaaba, come and see,” she wrote as the caption for the post.

After this, a number of internet users started looking for hidden meanings in a quote that Serwaa Amihere had added to the video. The quote stated that only people who are either very close to each other or their best friends know each other’s secrets.

Take a look at the screenshot that follows: