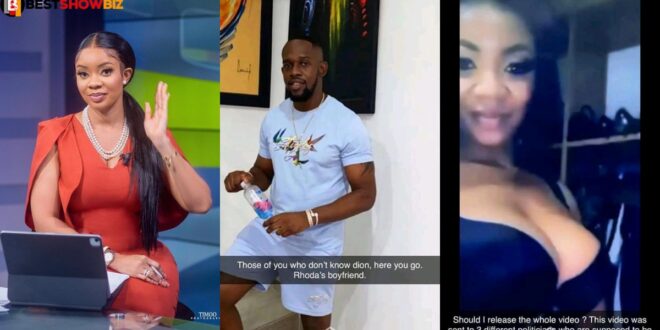 Serwaa Amihere may be cursing Bombshelli wherever she is, because the devastation the nameless Snapchat personality has caused her squad is irreversible.

As if revealing the identities of the people wasn’t enough, Bombshelli has also said that Serwaa Amihere was chopped in a car by a high-ranking Accra official named as Dion.

Serwaa Amihere’s best friend Rhoda is thought to be Dion’s lover. Rhoda called through, according to Bombshelli, while Serwaa Amihere was getting Dion’s cucumber in the car.

Read Also  "It is not wise to take a loan for your wedding, my marriage cost me just Ghc 300"- Okyeame Kwame.
Share

Popularly known as the webmazta; Cobby Collins is an established web designer, a computer instructor, and content creator. You can contact him via email [email protected]l.com or via Whatsapp only on +233204875306