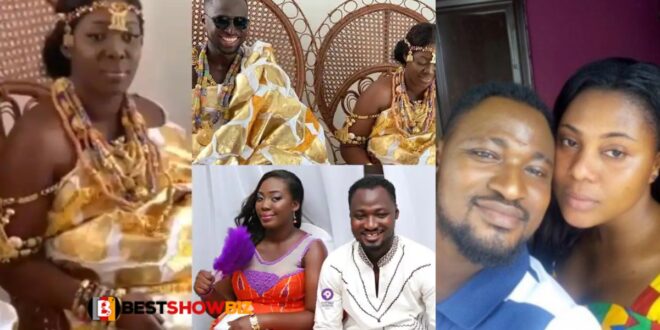 As evidenced by his actions on social media, Ghanaian actor and comedian Benson Nana Yaw Oduro Boateng, better known by his stage name Funny Face, is not in the best of health.

The actor had been through a lot of trauma and depression, and he was on the verge of losing his mind.

He was admitted to a mental institution, treated, and released, but his behavior since then has been unusual.

In a recent video, Funny Face demanded that he be returned to the Accra Psychiatric Hospital because he is suffering inside.

The father of twins claims that he has never had luck with love and that every woman who enters his life uses and dumps him.

Herh Yaw Boateng, you have followed a*s and disappointed yourself, I have been crying,” he said.

“This life is wicked, do you know that the guy my ex-wife got married to is called Blazer, yes and he was the guy that she cheated on me with during the relationship,” he said in a new video and added that “I have been crying”.

“THE PAIN in my heart is too much .. they made a GAY went to marry my Ex POLICE wife”

“Herh woman go show you … Someone has slept with my wife and married her, I didn’t take the 7:30 medicine, it calms me down,” he said.

“Someone has slept with my wife and married her, another one too has given my child to another man because of money, Yaw Boateng I am tired … I want to go to Psychiatric again, take me back to psychiatric,”

“She was with Blazer before she met me, so when I was with her, she was still sleeping with the guy. I caught them and I said I can’t, that was when she came to lie on me that I was a two-minutes man”.

“Today look at what God has done, the two-minutes man is giving birth up and down, how about you my sister? I know we don’t tease people with childbirth,”

“Fools and animals gays and lesbians … mboaaaaa. THE PAIN in my heart ❤️ is too much .. they made a GAY went to marry my Ex POLICE wife .. to fight my agenda .. and make it look like .. because my Ex-Police Wife husband is a GAY .. so am targeting dem .. Mtweeew.. with all Dat you have done .. you chop Lizzy saaaaaa… I marry am all you Dey chop”.