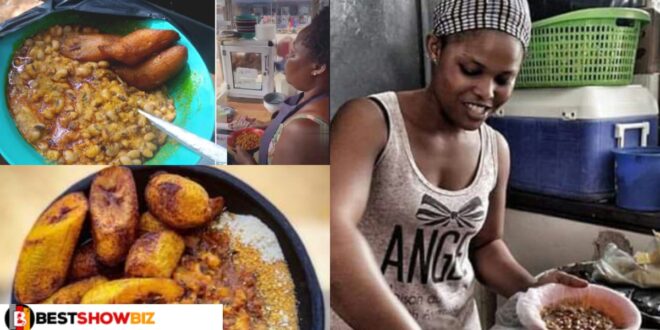 Sellers of one of Ghana’s favorite meals, gari, and beans, also known as Gob3, have raised the price of the dish.
A bowl of Gob3 that used to cost GH1 now costs GH1.50, making it the cheapest in the Ashanti Region.

The price increase for Gob3 was caused by a 100 percent increase in the price of beans on the consumer market since October 20, 2021.

Joynews spoke with a couple of sellers in Kumasi, the Region’s capital, about why they’ve raised their prices.

According to a Gob3 seller in Ayigya, despite raising her prices, she is still losing money.

“I no longer sell the beans for 1.00 cedis; they are now 1.50 pesewas or 2.00 cedis.” “Even though I’ve raised my prices, I’m still not making as much money as I used to,” seller Afia Mansah lamented.

Gobless Nuamah, a customer who is dissatisfied with the price increase for Gob3, also had the following to say:

“Beans is one of my favorite foods because they are less expensive than other foods,”

“I used to be satisfied with four cedis, but now I have to buy more than four cedis or go for a second round to be fully satisfied,” he stated.