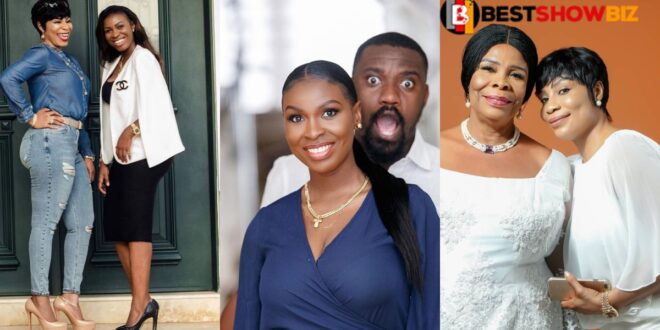 Mrs. Gifty Mawuena Dumelo has explained why she and her sister, Selassie Ibrahim, have distinct skin colors.

Gifty Mawuena, the legally married wife of actor John Dumelo, is the elder sister of the renowned actress.

Gifty Mawuena Dumelo uploaded a photo she shot with her biological sister on her own Instagram profile.

She revealed in the post that, although being born into the same womb by the same father, she and actress Selassie Ibrahim had distinct skin tones.

Selassie Ibrahim has a pale complexion, whilst Gifty Mawuena has a dark complexion.

Her father’s complexion was chosen by her, while her older sister selected their mother’s.