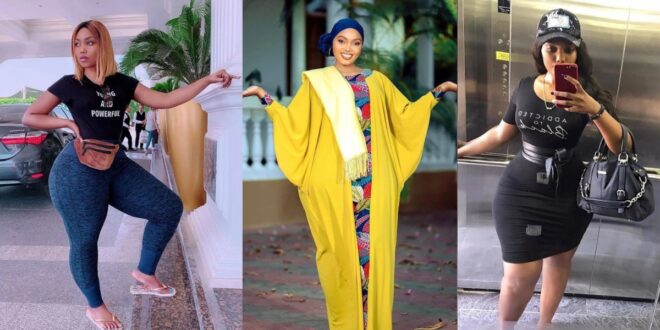 A former slay queen has given up on her worldly lifestyle and has turned to the Islamic faith to become a dedicated Muslim.

Her name is Janeikuda Evaris but she goes by Sanchi on social media and has amassed a very large following with over a million followers on IG alone.

It is not clear why she decided to quit her lavish lifestyle all of a sudden and become a Muslim, but many believe she might have found a very rich Arabian oil Billionaire, who wants to make her a wife so she had to put all her previous lifestyle aside.

see pictures of her before and after she became a muslim.