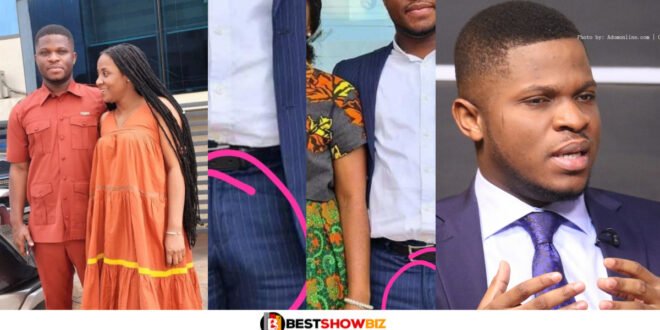 See Why This Photos Of Sammy Gyamfi Is Trending Social Media

As one of the NDC’s youngest members, Sammy is regarded as one of the party’s best debaters on national issues.

The ruling New Patriotic Party sees Sammy as a propagandist and a threat, whereas his own party sees him as the future Minister of Information.

Sammy Gyamfi is not married, and many people have expressed concern about why he is still unmarried.

Prior to the 2020 elections, Sammy stated that if the NDC wins, he will marry. This did not happen, as the party was defeated by the NPP once more.

Her name is Annie Ampofo, and she is the host of Good Afternoon Ghana. She occasionally fills in for Dr. Randy Abbey and Paul Adom Otchere on their shows.

The photo’s caption reads, “Don’t Read Meanings.” However, many people have begun deciphering the photo’s meaning and wondering if the couple is getting married soon.

Some people think Annie and Sammy would make a good marriage couple. Sammy was in the Metro Tv studios last Friday, and the photo was most likely taken on that day. Take a look at some of the reactions.