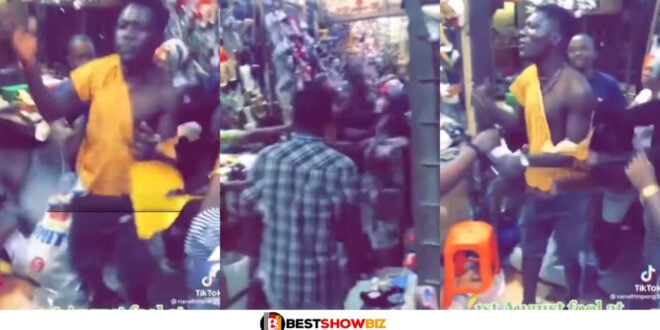 After being caught shoplifting in the bustling Accra Market, a young guy was subjected to a vicious beating at the hands of one of the market’s vendors.

According to a brand new video that has recently gone viral on social media and was spotted by bestshowbiz.com, a young man can be seen in the video that has received a lot of attention-getting beaten up by a market woman in a variety of different ways.

It is said that he stole something from one of the women, and he was apprehended while attempting to flee.

He is shown crying for his life as the women strike him with slippers and whatever else they can get their hands on. He is also seen asking for forgiveness.