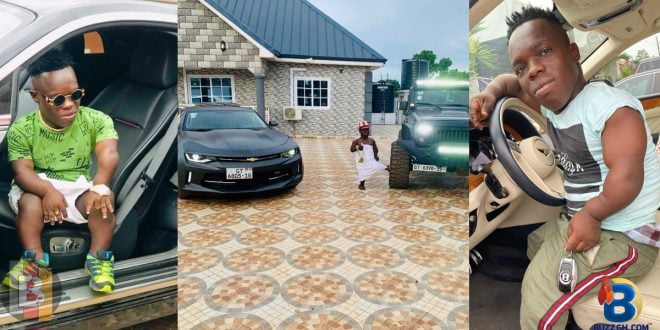 See What Shatta Bandle Has In His Cars Collection – pictures

The self-acclaimed richest man in Ghana, Shatta Bandle made headlines base on his claims to be richer than the richest black man on this earth Aliko Dangote. he came to public notice when he took to social media to flaunt cash and other properties.

This gave him recognition in entire west Africa as he was recently featured with Rudeboy in his music video ‘audio money’. he recently laid low because of the coronavirus as he claimed.

It was clear that he was bluffing when he compared himself to Dangote, but as one dive deep to his properties and the kind of lifestyle he is leaving, it is clear that he is also rich maybe no the richest but self-sufficient.

we took the pain to dig into the life of Shatta Bundle and we came out with photos of his collection of cars that proves he is indeed rich as he claims. It is unclear where he gets his fundings and many spread that he was being sponsored but whoever is sponsoring the young rich nigga is indeed ‘dosted’.

check out he pictures below: