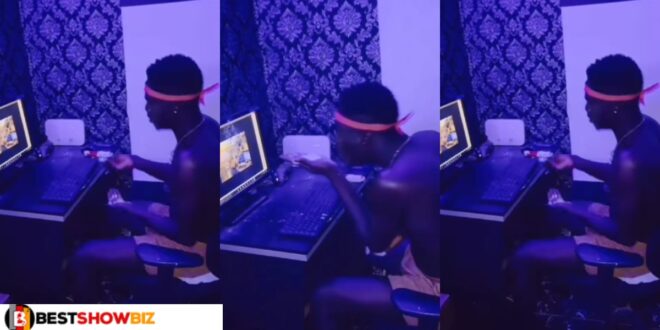 See what people will do for money: Fraud boy spotted doing rituals to scam a white man

A viral video depicted a time when a fraudster teenager in a rush to collect money was observed performing rituals.

In the video, a young man is seen seated in front of a computer, spraying whitish chemicals across the screen of his monitor.

According to reports, the white man would be confused by the fake boy’s act and would agree to do anything the young man asked him to do.

Netizens who came across the video were taken aback by how far the youth of today will go to have a very lavish lifestyle.