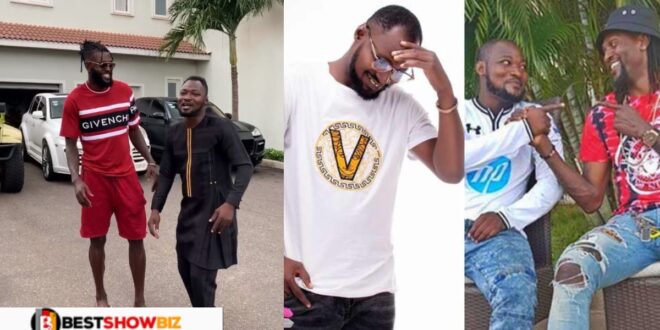 See what Emmanuel Adebayor said after Funny Face’s їnsulted him

Seyi Emmanuel Adebayor, a Togolese international footballer who is also an old friend of Benson Nana Yaw Oduro Boateng, better known as Funny Face, has quietly released his responses to the recent upset via social media.

Prior to this, Funny Face used his social media page to slam his best friend, Adebayor, for unfollowing him on social media, despite their previous bond.

During one of Funny Face’s previous scenes, Adebayor counseled him to refrain from disclosing his family issues; however, he remained firm in his decision to follow the advice.

In addition, Funny Face revealed that Adebayor had promised him an 11-bedroom house in East Legon following the birth of his twin daughters, Ella and Bella, but that he had to back out due to his tirades on social media.

In a recent post, Adebayor revealed that it is critical not to reveal one’s plans to others until they are completed because external energy kills the goals set.