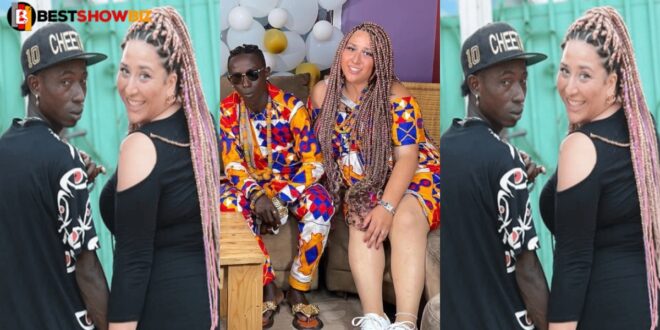 Ghanaian Hiplife artist seems to be the target of a lot of Video trolls these days, and it appears to be getting worse by the day.
A video circulating on social media shows a father disciplining his daughter after she referred to the   artist as a wolf.

Because of his unusual haircut and appearance, the child assumed she had been shown a photograph of the wild animal.

Despite the fact that the image was clearly visible, the little child compared it to a wolf, which was pathetic.

Patapaa does not take anyone who mocks his skill or appearance lightly, and this video will undoubtedly cause him to erupt and go after the young girl in the same way he went after Sarkodie and Amerado.

Before his daughter could hurl further insults at the  artist, the father had to intervene.