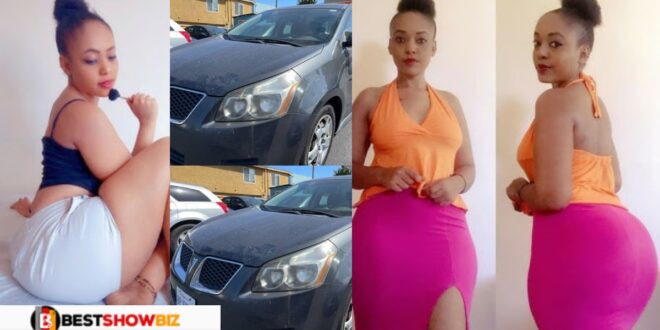 A man and his girlfriend got into a fight after the lady appeared out of nowhere and asked him to sell his car and give her the money.

The guy, on the other hand, ‘reset her brains to default settings’ by telling her to go and get a refund from whoever supplied her with the Kayanmata (charms that put men under a spell) she attempted to use on him.

Faruq Bashar, a social media user, shared the intriguing scenario on the internet.

‘This girl my guy is having a thing with just randomly told him to sell his car and give her the money while looking into his eyes, she was shocked when he replied saying she should go and get a refund from her kayamata plug.’

check out some reactions;

@H_Hanz0; The Kayanmata fit get high latency. Don’t be surprised if he later sell am. After like 7 working days.

@Lifted43; She dey try compel your guy she no know say the guy dey drink vervain

@Damonosaivbie; She wan do Mother Confessor. She nor know say na him be the true seeker

@chybykeVII; Reason I advise men to know a thing or two about spirituality. Make person no use your destiny play ping pong.

@Josh_bolu; Not even a thing or two… but as large as you can know.. Most of this girls have gone deep and knowing a thing or two might not do.

@NabilahKabir2; She should get refund of that juju eyeliner dem give her