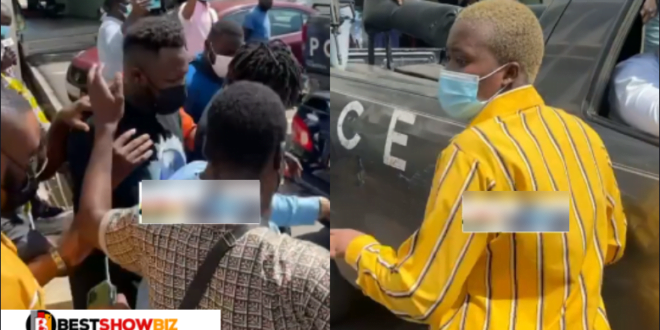 As she bids her husband, Medikal, farewell, Makafui prevents the media from filming him.

When he was handed five-day detention, the actress who was in court to support him couldn’t contain her emotions.

Fella approached him as the cops were escorting him away from the court to begin his detention sentence.

The media was on hand with their cameras, eager to capture every detail, and Fella was irritated by their antics.

The rapper’s wife could be seen and heard saying “It’s okay, it’s okay” to the media guys.