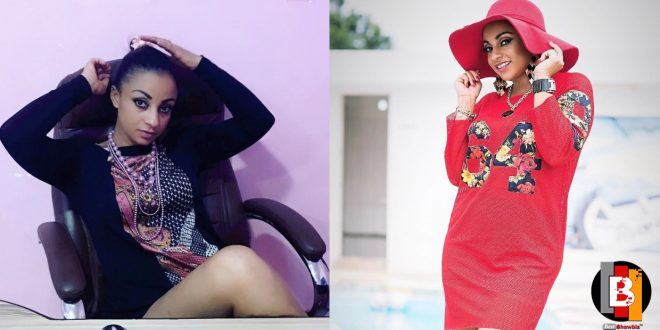 See some stunning photos of Asamoah Gyan’s ex-wife, Gifty despite being divorced

after all the lies and humiliation Gifty went through in the hands of her ex-husband, Asamoah Gyan, she didn’t let them eat her up but grew over everything and mow lives her life like nothing at all ha happened.

it could be recalled that in 2018, Asamoah Gyan filed for divorce after accusing his wife, Gifty of being a lier and a cheater.

the footballer went too far that he requested for DNA test on their three children of which results proved that he is the father of their three kids… that was a big shame to Gyan.

well, new photos of Gifty as we sighted proves she is doing well and looking more stunning like before after all these problems and divorce.

check out her photos below;