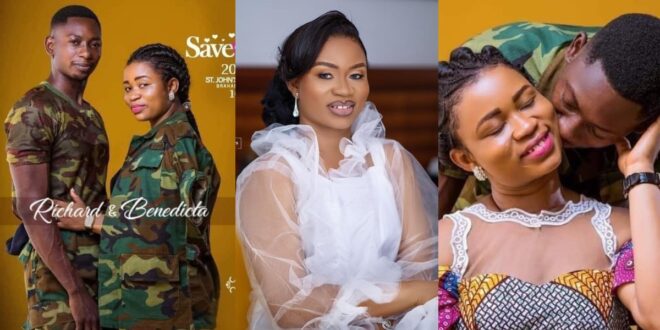 The ceremony in Obuasi Brahabebomi was very calm — many have speculated that this was due to the strong military presence in the area.

Benedicta Langtaa has released some exclusive pictures she took prior to the wedding that was ‘vawulence’ free, after the ceremony yesterday and all the controversies that have erupted.

Benedicta aka Abenaa  looks very radiant in her make-up in the photographs we found online.

Have a glance at the pictures below.