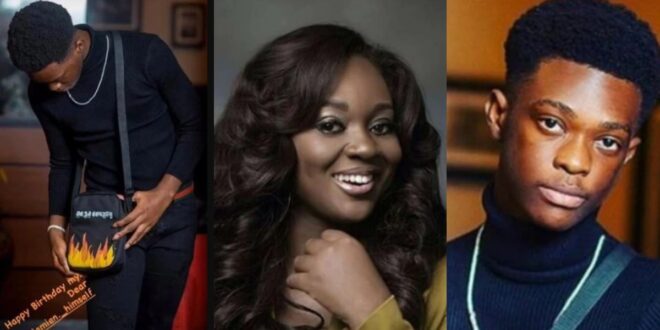 See pictures of Jackie Appiah’s only son as he celebrates his birthday.

Jackie Appiah was thought to be a shy girl when she first began acting but after a lot of practice and preparation, she has grown into one of Ghana’s top performing actresses.

In 2005, Jackie and her spouse, Peter Agyemang, married but they divorced after a few years.. Damien is the name of the son the two had before their Divorce. The star, who prefers to keep her personal life secret, just shared a photo of her son on her Instagram Story to commemorate his birthday.

take a look at the images;