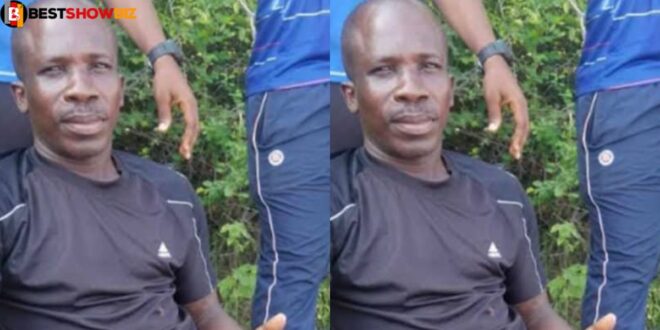 See Photos of the soldier who committed su!cide at Berma Camp

Robert Doku, WO II, a serving military officer in the Army Recruit Training School at Shai Hills, is suspected of committing suicide.

WO Doku’s limp body was discovered hanging from a tree in the bush at Burma Camp, the Ghana Armed Forces’ headquarters, on Friday morning.

There has been no clear explanation for Doku’s alleged suicide.

The police were called to the crime scene to begin investigations, according to sources at Burma Camp, and the body has since been sent to the 37 Military Hospital for preservation.

Robert Doku, WO II, was formerly assigned to the Base Ordnance Depot.