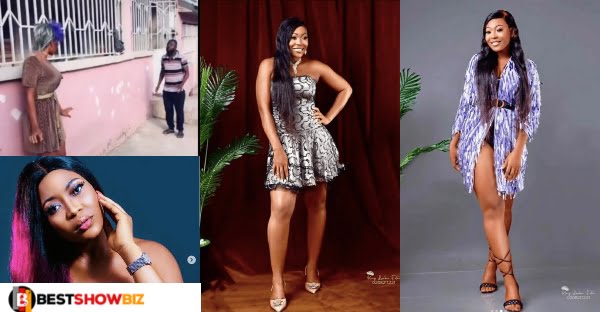 See photos of Mimi, the newest online celebrity, who has gone viral with her funny skits.

A young lady known as Mimi is currently dominating TikTok and social media at large with videos of herself collaborating with her ‘uncle’.

This new internet sensation gains fame after featuring in many comedy skits with her “Uncle” Kwame Borga.

In one of her recent videos, Mimi who lived in the village, had the opportunity to travel beyond Ghana, but upon her return, the basic things she used to know had vanished from her mind, causing her uncle’s constant conflict with her.

Mimi often engages several TikTok users on the App off late, earning her large followers and fan base.

Her photos are very smoldering, and her followers, particularly the boys, can’t stop sending love emoticons.

see her photos below: