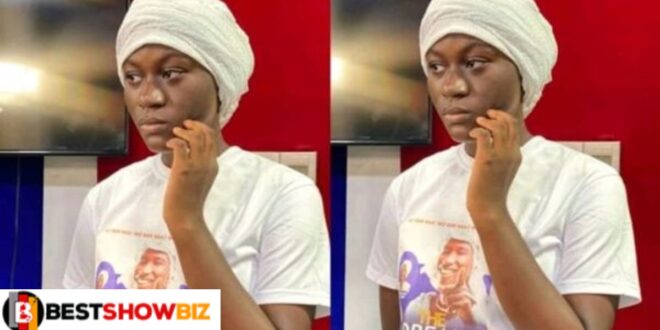 Some photos of a lovely young lady said to be the daughter of award-winning Ghanaian musician and prophetess Cecilia Marfo, have surfaced on the internet.

Cecilia Marfo introduced her daughter as Praise, who also doubles as one of her organists, in some new videos and photos that have surfaced online.

Praise looks exactly like her mother, which proves the adage that blood is thicker than water.

Praise can be seen in one of the photos wearing a white noble gown and a scarf over her hair.

Cecilia Marfo decided to reveal the mystery behind her daughter’s name, Praise, in another video we came across.

She saw her daughter in a dream singing and praising God on the day she was born, so she named her Praise after that.