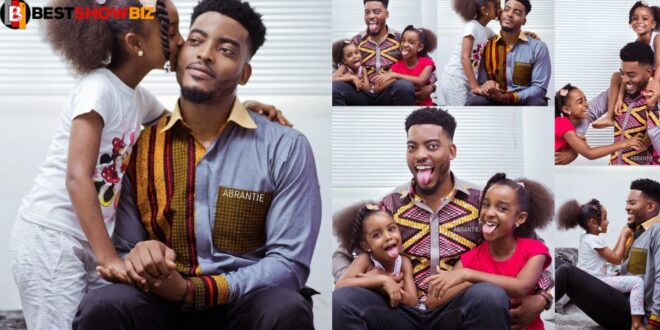 See photos of actor James Gardiner and his beautiful daughters

James Gardiner is one of the most well-known actors in Ghana and Africa, and he is one of the few actors and actresses who have successfully crossed over from Ghana to the Nigerian film business.

There is little doubt that our entertainment world is dominated by men, particularly in the film and music industries.

Most male celebrities want to keep their families and children out of the spotlight as much as possible, and most of them explain why in interviews.

James has appeared in a number of films, both Ghanaian and Nigerian.

James has been in our media space for over 15 years and counting, and despite the fact that our movie industry hasn’t been at its best in recent years.

He owns a car rental company that specializes in renting cars to celebrities that visit the country and require transportation.

He is one of the few actors who has managed to keep his personal life away from the spotlight, and he has done so admirably.

In an interview, actor James Gardiner stated that he is not married but does have children.

James shared some wonderful images of her kids on social media, and his fans couldn’t stop reacting on the post.

Even though James did not explicitly state that the girls are her offspring, his supporters assume they are.