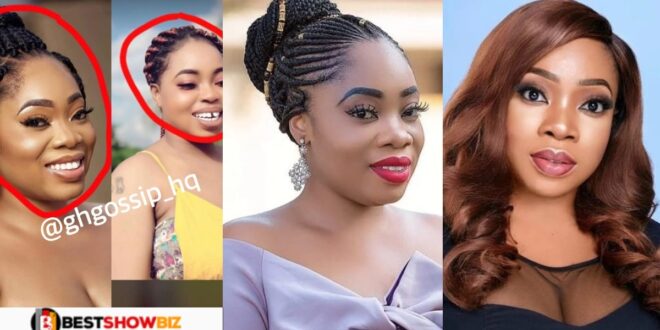 A photo of a woman who has an uncanny resemblance to Moesha Boduong has appeared on the internet. The lady in the photo has the same complexion as Moesha and similar physical characteristics.

The sole difference between the two is that the other lady had a gap between her teeth, a condition known as a diastema.

Another thing that drew our notice was their similar head size and shape, almost as if they were twins.

We don’t know much about the person, but we were interested in releasing the photo because it has been making the rounds on the internet.