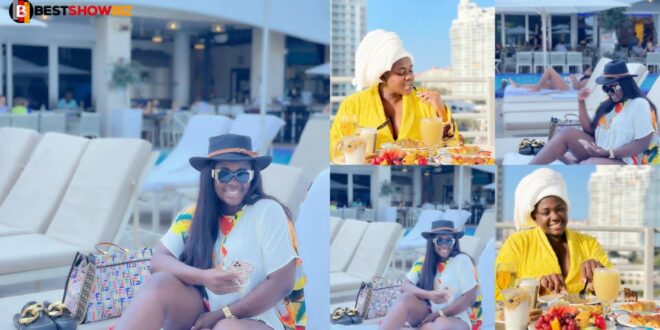 Tracey Boakye gained a household name after appearing in a number of Kumawood films.

Tracey has been involved in the entertainment industry for more than a decade and counting. She began her career as an actor and subsequently moved into film and television production.

She is presently based in Accra, Ghana, and has produced more than five films. She also has a television series called the Instagram police that has already begun showing on television.

She is one of the actresses that spends a lot of time on social media, where she interacts with her fans and followers.

And she typically posts about her daily life so that her fans may see how she lives.

Here are some beautiful photos of her on her birthday trip in Miami, Florida.