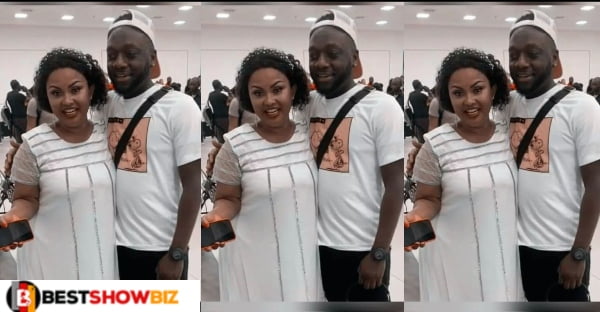 A-List Nana Ama McBrown, a Ghanaian actress, recently revealed in an interview that she had her first relationship when she was between the ages of 18 and 19.

McBrown made the disclosure during an appearance on the Starr Chat Show with Nana Aba Anamoah.

Inquiring into McBrown’s personal life, it was learned that she had one local lover in Kumasi who was following her during her stay with her grandma.

On the other hand, McBrown refused to call the man’s name or provide any information about who he is, despite the fact that he is alive.

Following that, a photo of the alleged youngster appeared on social media.

Read Also  "Test the thing of your man before you get married else you will regret later"- Pretty lady advises women.

Joyce Boakye captioned the photo, ‘once upon a time….they don’t know,’ hinting at a secret between the two people.

The man in the photo with McBrown might be her first lover, about whom she just spoke.