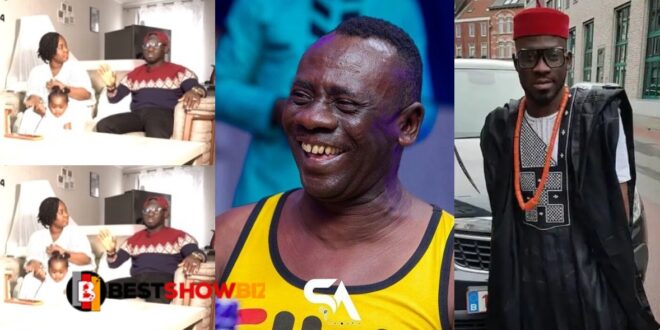 Akrobeto, a Ghanaian comedian and television host, is one of the rare celebrities who have kept their personal lives secret.

With his wife and child, he currently resides in Brazil. Many people have commented on how much he resembles his father, as well as the way he speaks.

We have collected some gorgeous photographs of Akrobeto’s first kid, wife, and daughter.

Read Also  "If you are strong enough come and face me in a fight"- Akrobeto tells funny face. (Video)
Share