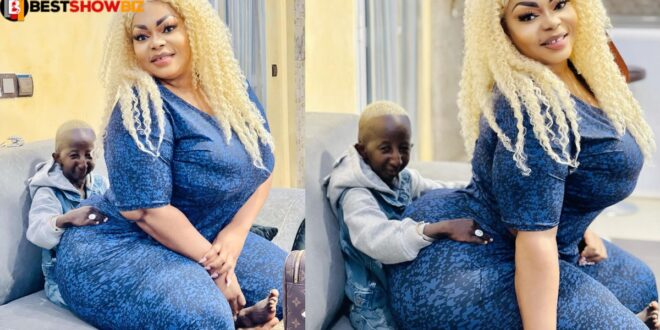 Grand P, a diminutive singer who plans to run for President of Guinea, just broke up with his plus-size model fiancée Eudoxie, but it appears like they may be reuniting.

Grand P was born with progeria, a growth disorder. His real name is Moussa Sandiana Kaba. He is a singer, actor, and social media star in Guinea.

His relationship with Ivory Coast’s plus-size model Eudoxie Yao ended when he allegedly cheated on her. Yao expressed her dissatisfaction with Grand P’s flirting with other women.

Eudoxie posted the photo, saying that her ex-boyfriend Grand P has asked her to sit on his laps and she is afraid of crippling him.