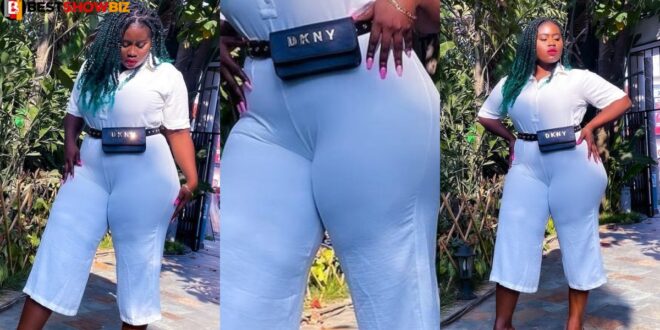 An individual who attempted to body shame Lydia Forson after she published some steamy images on social media was not spared by the Ghanaian actress.

The actress, who is known for posting stunning photographs of herself on social media, just updated her page with a slew of new images.

On Twitter, she posted a series of new images in which she was dressed in white clothing and wrote the caption: “you never run into your ex when you look fantastic.”

One of the photos was quickly zoomed out by an ‘unlucky’ Twitter user, revealing the V-shape drawn in between her thighs after careful observation and analysis by the account.

He then circled that specific section of the shot, labeled it with the phrase “airport roundabout,” and sent it back to the actress through Twitter.

Lydia, who is widely regarded as the “queen of social media trolls,” responded to the tweep in a violent and threatening manner.

Lydia’s response is provided below.