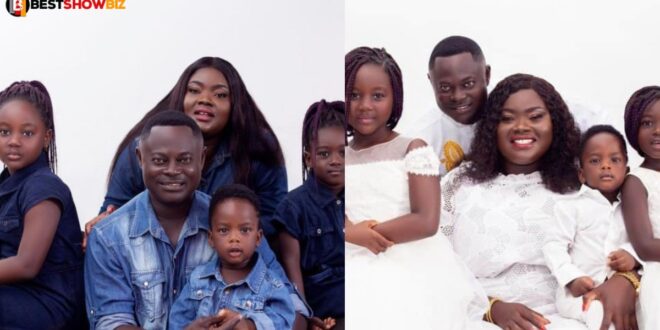 “A man’s downfall is not the end of his life,” it is commonly remarked.

If you agree with this traditional African proverb, then you must applaud Mr. Nii Odartey Lamptey, a former Ghanaian international whose marriage fell apart in 2013 after DNA tests revealed that he was not the biological father of his three children after 20 years of marriage.

Gloria Adjoa Appiah, Odartey’s former wife, blamed her infidelity on her husband’s incapacity to father a child after a DNA test proved that the three children were not his.

Their high-profile breakup in 2013 resulted in an eight-year legal battle, with Madam Appiah continuing to file court appeals to claim ownership of Odartey Lamptey’s seven-bedroom property, as well as a 50 percent stake in the footballer’s school and other assets.

Read Also  Just In: Accra, Tema, Kumasi, and Obuasi to be lockdown - + Documents

Odartey Lamptey picked up the pieces and was determined to move forward despite the catastrophic and heart-wrenching event. In the arms of former Ghana’s Most Beautiful (GMB) contestant Ruweida Yakubu, he found real love and decided to build a new family.

Since then, the pair have welcomed three lovely children into their lives, proving that the former Aston Villa star’s assertions that he could not father children of his own were untrue.

Below are 5 stunning images of Odartey Lamptey and his new family: