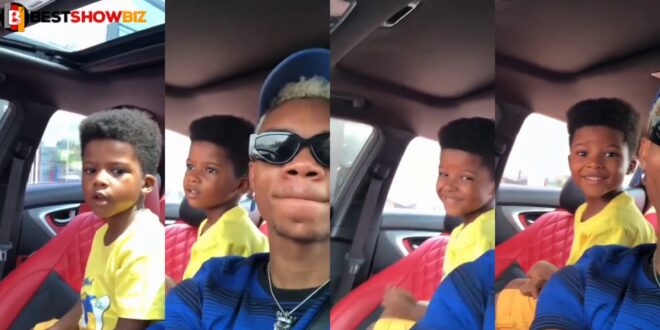 KiDi, a Ghanaian singer/songwriter, chose the name of his adorable kid, Zayne, for the album’s opening track, named “Golden Boy.”

The young man had apparently not heard it till today, and when he did, he responded with what can only be characterized as the most fascinating reply ever.

Zayne started shouting excitedly as soon as he heard his name and yelled, “Me and Zayne!”

After hearing the words “we are golden boys,” he had another unexpected reaction. ‘Me and you are golden boys…but I do not have golden hair,’ Zayne said to his father in the video.

KiDi, his father, was simply watching and photographing this wonderful moment as all of this was going on.