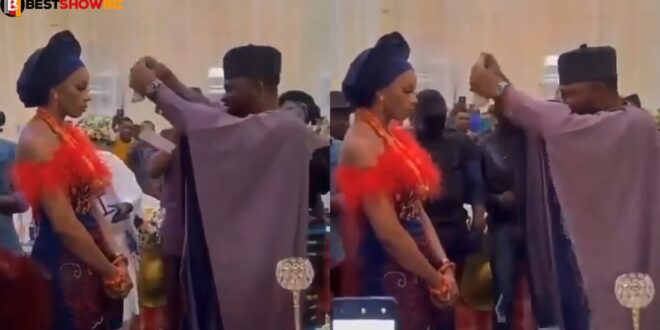 People are talking about a viral video of a woman making a serious facial expression and refusing to smile while her groom presents her with money during their traditional wedding.

It seemed as though the woman had been dragged into the marriage while her husband was busy sprinkling cash on her to brighten her mood.

After the video went viral, several people were eager to justify the footage and explain why the bride frowned.

According to reports, the event occurred in Ijaw, Nigeria, where some individuals stated that the bride’s attitude toward her fiancé was part of the community’s custom.