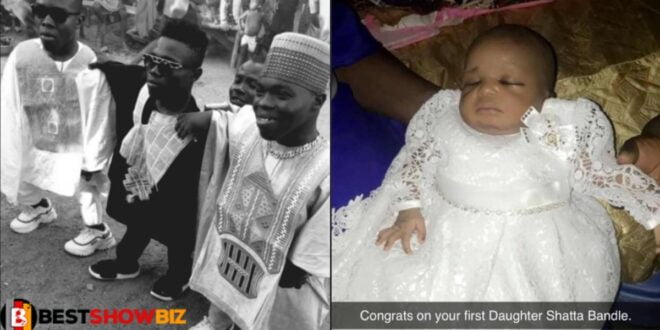 See how shatta bandle stormed his newborn child’s outdooring ceremony with his 2 brothers.

According to several sources, the Diminutive comedian conducted a private outdooring ceremony yesterday, May 29th, to officially welcome and name the child.

According to the information we gathered, the self-proclaimed richest man in Africa has given birth to a female child; however, the mother of the child is still unknown, as he has never publicly declared a clear love affair.

Shatta Bandle has made a name for himself by capitalizing on the rapid rate at which social media has evolved into a safe haven for people to vent their frustrations.