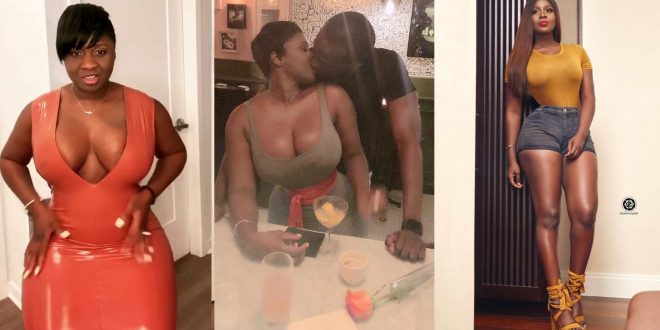 See how princess shyngle broke up with her boyfriend just because he asked her to cook for him.

Infidelity is the most prevalent reason for breakup in most relationships.

In the case of the Ghanaian actress featured here, she broke up with her boyfriend not because of adultery or abuse, but because he requested her to cook for him.

Princess Shyngle is the actress.

Princess Shyngle is a curvaceous Ghanaian actress who has appeared in numerous films in Nigeria and Ghana. She has worked with prominent performers including Juliet Ibrahim, John Dumelo, and Martha Ankomah.

Princess Shyngle stated recently on Daily Advent that she broke up with a man she was seeing because he wanted her to cook for him and his friends.