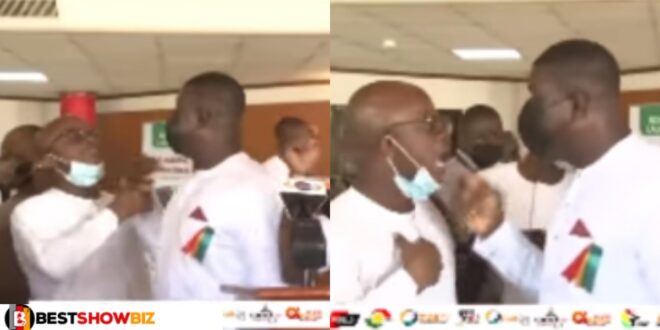 See How NDC And NPP MPs traded blows in parliament after a brief argument.

A video that has gone viral on the internet shows a dispute between Dr. Stephen Amoah, MP for Nhyiaeso, and Dayi Rockson-Nelson Dafeamekpor, MP for South Dayi.

The two were claimed to be arguing about the Keta tidal waves, which have wreaked havoc on several coastal towns in the Ketu-South constituency.

The two MPs were almost engaged in a vicious brawl in the video, while their other colleagues were seen attempting to separate them from the fight.

Many people who saw the video were taken aback by how the two well-respected MPs could participate in such a public debate.