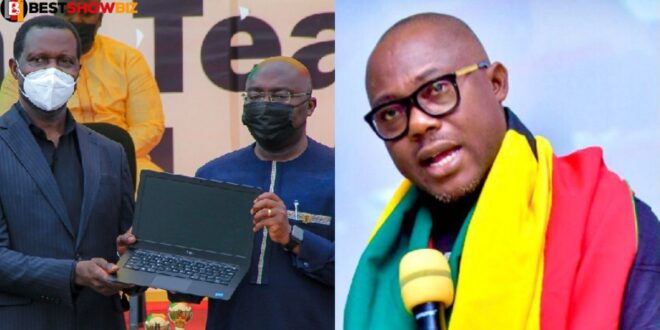 A level-headed Vice President and Education Minister were kind enough to empathize with our bad working conditions and displayed real dedication to bringing an end to the standoff, Prof Gyampo stated.

The Akufo Addo/Bawumia government sweet-talked UTAG into suspending its strike, only to turn chilly afterward. After Dr. Bawumia feigned to cry crocodile tears for UTAG to make them believe he cared about them and would do everything possible to meet their requests within a month, the Vice President went into hibernation.

Neither he nor his government demonstrated any commitment to implementing the pre-strike deal.

Prof Gyampo described how Finance Minister Ken Ofori Atta has not attended any of the negotiations after the strike was suspended, except to send representatives. A sign that the Finance Minister had more important things to do than negotiate with UTAG.

He couldn’t do that for two reasons: either he wasn’t dedicated to resolving the difficulties as promised to UTAG, or his authority as Vice President doesn’t extend to the man he followed to Parliament and uncontrollably nodded to his budget statements. Maybe the Vice President promised to ‘follow back’ on Ken Ofori Atta’s UTAG issue.

It was surprising that Prof Gyampo, who is a brilliant man, fell for Dr. Bawumia’s well-known con. Samira Bawumia is aware of her husband’s deception and dishonesty.

A sane Vice President, as Prof Gyampo called him a month ago, would not have sat back and let UTAG down.