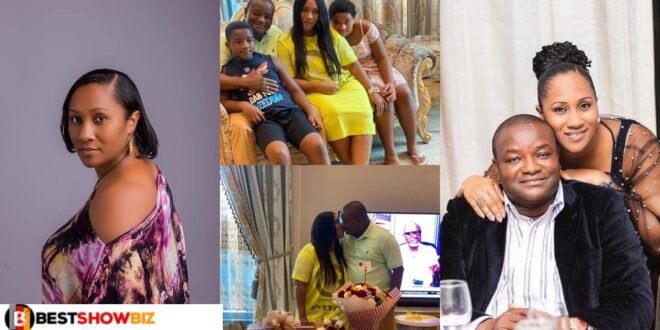 While they are celebrating their wedding anniversary, photos of the beautiful wife of politician Hassan Ayariga and his family have surfaced online, and the majority of us are simply delighted to see how beautiful she is.

Hassan Ayariga, a politician who served as a flag bearer for his party several years ago, makes every effort to stay out of trouble on social media unless it has to do with his job as a politician, and he also keeps his family off of social media.

Because today is his wedding anniversary, we have the privilege of seeing his beautiful wife and family after photos of them appeared on the internet. She is the epitome of beauty, and we are enthralled by what we see.

Based on the photos we’ve seen, Hassan Ayariga’s wife is stunningly beautiful, elegant, and simple, and we have no doubt that she would be a wonderful support to her husband. Wishing them a happy anniversary in their marriage.

Photos are provided below.