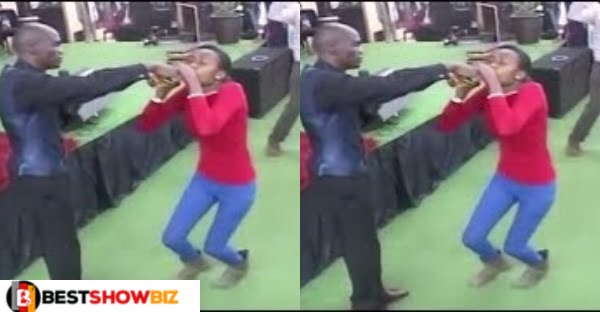 Allegations of sexual misconduct between a Kenyan pastor and a member of his congregation have led to his “dethrone” from his position as pastor of a church in Minnesota, USA.

The SDA pastor in Brooklyn Park, Minneapolis, was forced to retire after admitting he was the voice on an audio recording that had been widely shared online.

The preacher is overheard pleading with a female church member for sexual favors. The pastor stated in a letter to members of the church’s governing board that the person whose voice is heard on the recording is him and that he had reportedly succumbed to temptation, resulting in his demise as a “committed servant of God.”

In a long and detailed text message he shared on the Mwanyagetinge Community forum, the pastor said, “Dear Elders, board members, and church family brothers and sisters. Let me begin by stating that I am so sorry for letting you through this painful process of hearing me fall.”

“As your pastor, I will be the first person to admit that I have sinned and fallen short of the glory of God!” He continued. “…After a period of deep prayer and consideration, I have decided to resign on personal grounds. I truly enjoyed working with our flock preaching and teaching the word of God,”

The pastor is said to be married with small kids, and has a Ph.D. in religion, according to sources. Another child is on the way for him and his wife.

As a result, many Kenyan immigrants accused church officials of hypocrisy and corruption in God’s sight after the pastor’s speech.