Actress Victori Lebene has received a lot of slams from Ghanaian’s after she lied to us that she is spending her honeymoon in Greece.

The next person to troll her is GHOne journalist, Nana Aba Anamoah, according to her in a recent post, it would be better for Victoria to live a normal life than to live a fake life on social media.

“Be better in life than social media,” 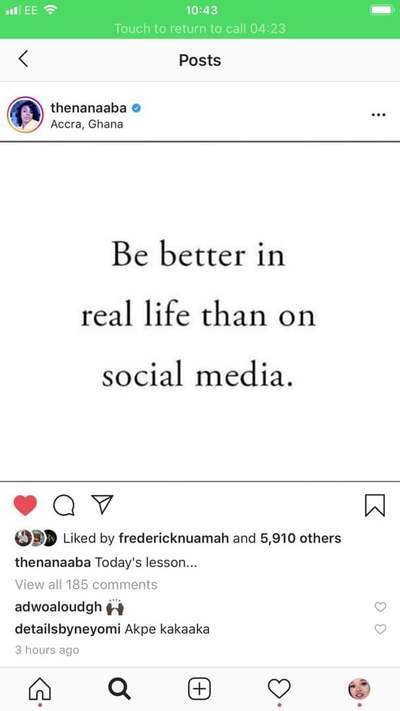