yesterday after the released of Beyonce’s song ‘Already’ featuring Shatta Wale, the song has received a massive positive remarks from fellow musicians after listening to the song.

well, Shatta Wale’s former rival, Stonebwoy has also reacted to the song after listening to how Shatta delivered his verse on the song.

Stonebwoy urged Shatta Wale to continue pushing harder in other to move to the next stage of his career.

“THIS IS it!! [email protected] You Have Scored a Big One Under Your Name For The Country ??! Don’t Look Back Aya Keep Running with it #ALREADY!!!” 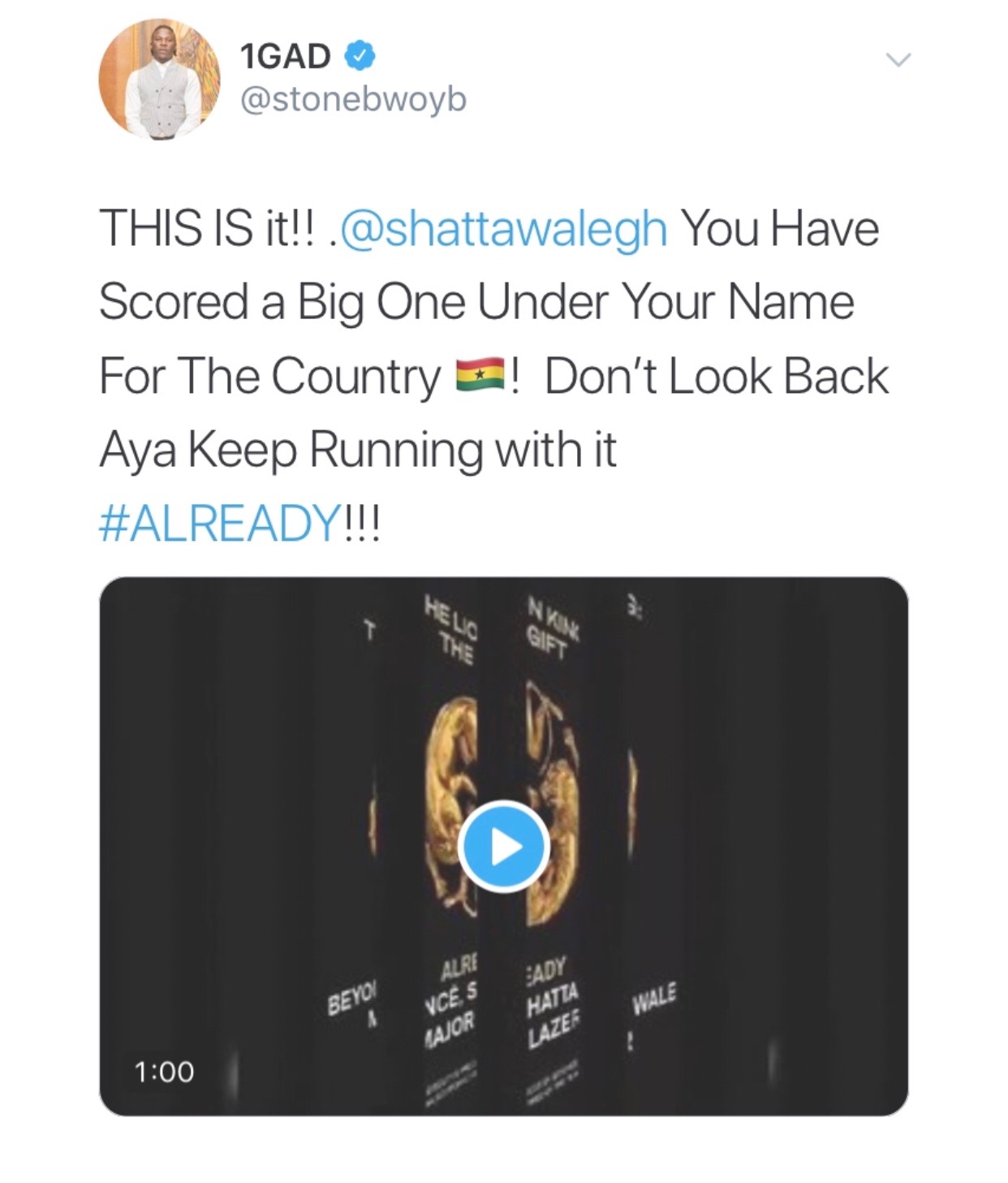