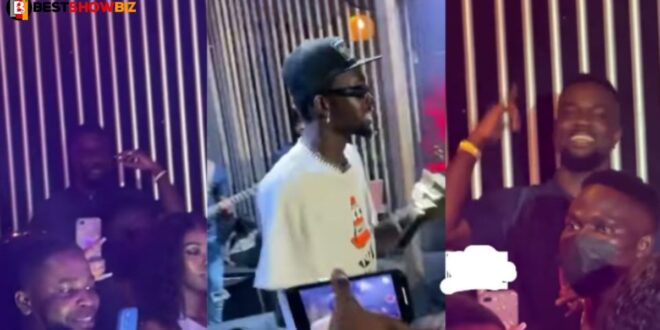 Sarkodie, Ghana’s King of Rap, has been filmed dancing to the song of fast-rising rapper Black Sherif while performing at an event, indicating that the Blacko fever has bitten him.

Sarkodie, whose real name is Micheal Owusu Addo, was seen dancing and singing the second sermon of Black Sherif word for word while the Konongo musician performed to an audience at the livewithMedikal performance at Coco Vanilla yesterday night.

As per the acclaimed rapper’s actions, he just can’t get enough of the president of the “Sad Boys,” Black Sherif.