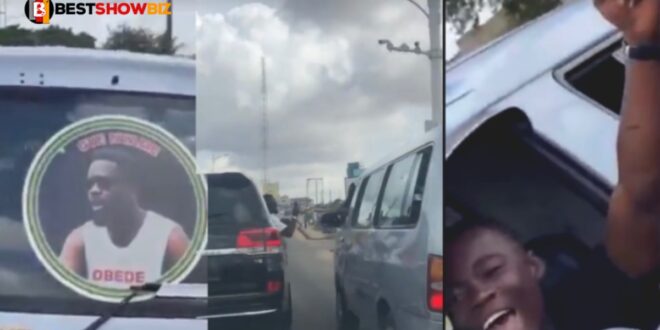 The rapper is now in Kumasi, Ghana, to promote his new album, No Pressure.

He noticed a Trotro with his portrait on the back while touring the streets of Kumasi.

Sarkodie instructed his V8 driver to drive as close to the Trotro driver as possible.

When the rapper came near to the Trotro driver, he had a feeling with him, and it was a moment that every fan will remember.

The delight on the driver’s face as he vibed with the renowned rapper could be seen on camera.