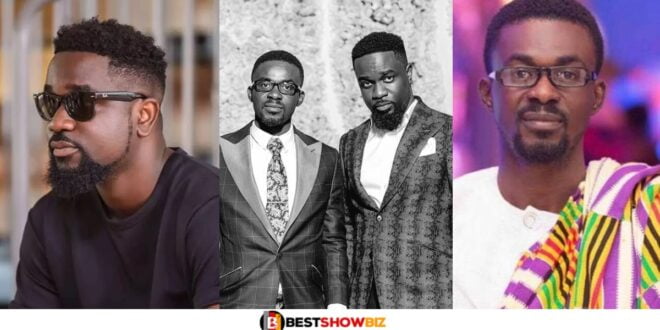 Sarkodie has explained his decision to turn down Nana Appiah Mensah’s offer.

In an interview with Big Vibes, he claimed that he turned down an invitation from NAM’1 to join Zylofon Music.

The well-known rapper defended his choice, saying that he does not consider himself alone when making decisions.

“I told NAM 1 I don’t think about myself alone because his interest was more of Sarkodie. I can’t fault him because any businessman will look at people who will be profitable to him.”

He believed his choice to be the greatest since it would benefit others.

“For a very long time, I haven’t been about what Sarkodie can do for himself. I really want the Ghanaian industry to survive. That is the conversation that I had with NAM 1. So my approach was if the guy gets the bread, we have a lot of artists who are already in the system. We can just package them and push them with full force. If we had the money, we can host a big show in America.

“Up until now, we don’t have Stone, Shatta Wale, R2Bees and all the other artistes on one platform outside. This has never happened. And it’s because of funds. No promoter can pay all of us at the same time,” the Sarkcess Music boss stated.