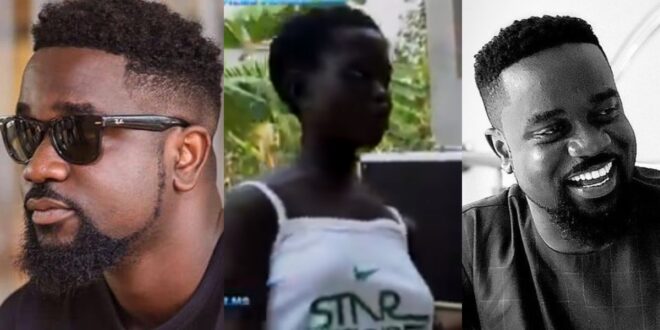 Sarkodie has sent a letter to her ex-girlfriend, who says that her romantic adventure with the rapper helped him rise to fame.

According to this petite lady known only as “Atopahemaa,” she once had sex with Sarkodie and the styles she gave him became too hard for him to handle, so he began exclaiming “Huh, Huh!”

Sarkodie loved the most intimate strokes, according to Atopahemaa, until his bulging eyes were on the verge of exploding. Sarkodie has taken to using the word “Huh!” in his rap lines as a result of this.

Surprisingly, Sarkodie has responded to ‘Atopahemaa’s bold remark, telling her to move on because he, too, has moved on.

He wrote: Sometimes you just have to let go…, tell my abusive ex I moved on and she should too.