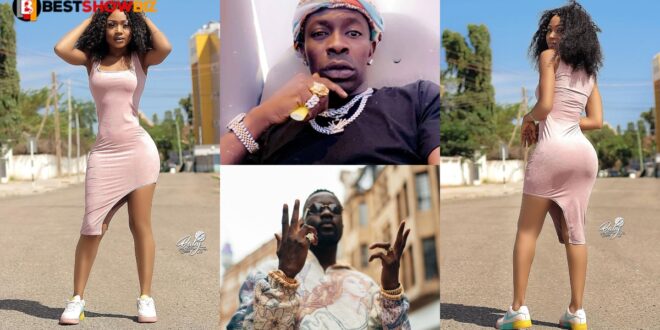 “Sarkodie has a bigger brand than shatta wale”- AKuapem poloo

Sarkodie included Akuapem Poloo’s name in one of the tracks on the “No Pressure” album, and she is overjoyed.

In an interview with ZionFelix, the outspoken actress and model revealed that mentioning her name in Sarkodie’s latest album is difficult for her to comprehend.

Sarkodie, she added, has a great brand.

Sarkodie’s brand isn’t the same as Shatta Wale’s, according to her.

Shatta Wale, according to Akuapem Poloo, is the crazed and ruffian kind, just like her.

She went on to say that if Shatta Wale had mentioned her name in a song, it would have been normal.

When it comes to branding, Akuapem Poloo stated that there is a significant difference between Sarkodie and Shatta Wale.

Read Also  "I will gladly use my parents for money rituals even if I d!e in 3 months time"- Man reveals
Share