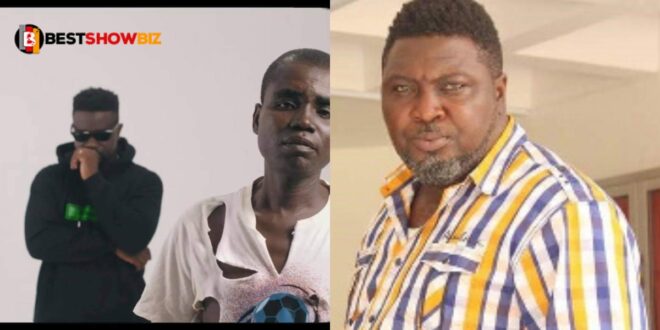 In an interview with ZionFelix on the ‘Uncut’ Show, the experienced producer said that he first met Agyekum in one of Ghana’s studios.

Agyekum, he claimed, was a cleaner.

When Hammer heard him singing Amakye Dede’s song while sweeping the studio entryway, he stated he loved his voice.

Agyekum replied no when he was asked if he was a musician.

He went on to say that he should do something because he had a good voice.

A week later, Agyekum informed him that he was working on a memoir about his life.

Sarkodie agreed to appear in the ‘Ohohuo Asem’ song when he went into the studio, according to Hammer.

Despite the fact that Agyekum did not meet Sarkodie during the taping, Hammer expressed his delight.